How to find an agent … 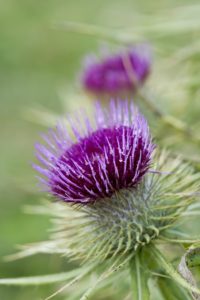 I felt inspired by this quote today from K.Welsh:

“When I was querying agents with The Wages of Sin, I posted the opening chapters to my website on the off-chance someone might see it, and Laura Macdougall, who was then commissioning editor at Hodder & Stoughton, fell for my cunning ploy and emailed me asking if she could read the whole thing. She was planning on switching to being a literary agent and, once she’d sent me back a hand-edited first draft with a box of chocolates, I knew I’d found the perfect agent!”

Well, why not, I’ve been showing my first pages to beta-readers over the past few weeks to get feedback and thought I would share the same opening scene here too. I had more rewriting to do than planned because of my current book A Friendship of Thistles being set during the time period 2019 to 2020. If you’ve read any of my other posts you already know that then lockdown happened and I began to rewrite the book.

A brass bell chimed as an unexpected visitor pulled its cord. Its resonant clang reminded Heather of Maither’s cowbell; a souvenir brought back from Austria from their only holiday abroad. Irvin had brought the bell back from Tibet in an October as grey as this one – dreary tarmac and sky, an airborne peppering of drizzle – he had joked that it would cleanse people’s souls, releasing their suffering, before they could enter hishouse: her house now. She hoped, in death, that her friend had found his ‘singing sun’.

‘Hector!’ Heather flung her arms open – the Scottish-wide ban on household visits be damned. Small flecks of rain speckled his glasses and raincoat, though not enough to dampen her dress. ‘Where’s Fran?’

She led him into the kitchen, their staggered footsteps echoing on the sandstone tiles like her heartbeat; the late-blooming hydrangeas, exploding outside the wall of windows, matched the pigmentation in her cheeks. ‘Want a cuppa?’

She poured her cold jasmine tea down the sink, eyes on his back as he inspected the garden, face pale – even for a Scotsman – against the contrast of his ginger tufts.

As they waited for the boiling kettle she fiddled with the end of her chestnut-grey ponytail and asked herself: what’s wrong here? Hector held himself differently. Usually, he posed a risk to breakable objects or, and on more than one occasion, he’d poked someone in the eye. Yet his arms rested today by his expanded waistline.

He spoke over the bubbling of the kettle, ‘The kids have missed you for Sunday lunches.’

The mugs in her hands knocked the granite countertop as she jerked. What more to say: other than she agreed. She could’ve reached out. If she hadn’t … if Fran hadn’t … They’d both been hurt. An inadequate word for the rupture of a friendship.

‘You didn’t visit or pick up the phone.’ He moved, unsteadily, to a kitchen stool.

She waited for him to say Fran was ill, dying, dead. What could it be? She pictured tall, delicate-boned Fran with her choppy bob.

He tapped his teaspoon against his wrist; a soothing drumming pace, if she read him right.

The rain had given way to an autumn mist that insulated the house from the sun and emphasised the tick-tock of her feet on the tiles, from the kitchen island to the cupboard that held the tea, and the tac-tac of grandfather’s pendulum in the dining room.

‘There’s a mathematical formula for rain,’ he said. ‘Well, not rain per se, but rainfall. Intensity, duration, frequency. It’s about droplet concentration and—Sorry, I’m boring you.’

He blinked, and stared outside as though it was the first time he’d ever seen yellow-leaved birch. ‘Still got their gold.’

Had Fran sent him? Her husband was the peace pipe that could always draw them together. ‘Did Fran—?’

‘Is that what you want me to say?’

He laughed: a broken blast punctuated with missed notes. ‘Except you … you couldn’t … have called … because … because … our phone line … is dead,’ he said, followed by more canned chokes.

How had he and Fran been these past months? More than months. At least a year since the rupture.

He scratched the end of his nose. ‘Me and you and Fran.’

The primary’s canteen had been an organised war zone where adults unknowingly strode across enemy lines; the boundaries marked by plastic trays, jugs of water, and blocks of tables. The early level tables sat together: chubby hands and milk cartons on plastic chairs. Heather and Hector perched next to the older kids on wooden chairs, swinging their feet off the ground. Most eight to nine-year-olds in their own class were too immature.

‘Take that back, Alex Simons!’

Kids at the nearest tables stopped shovelling beef, tatties and mushy peas into their mouths. Fran shuffled her shoes long enough for Alex’s worm-like lips to wriggle into a smirk and retort, ‘Just ’cause your mom is a dinner lady don’t mean we eat this slop at home.’

Fran’s knuckles whitened on her plastic tray. Heather imagined tatties, peas and an overcooked slice of beef sliding down Alex’s sweater. Fran would get into trouble and her parents would have to pay for damage to his jeans and jumper.

Heather stepped between them. ‘Alex, that was mean.’

‘We don’t treat folk that way at this school.’

Confronted with his bored gaze, Heather had no notion what to do if he objected to the rules. But she kenned some of the teachers well enough to know what they would say.

‘Do you ken the expression wee clipe?’ she asked.

Alex regarded Heather’s brown plaits as if tempted to tug on them for daring to call him a snitch.

Alex stuck his hands in his pockets and said, ‘Don’t be a tell-tale.’

‘I can. Not to the adults. They’ve their own rules. I’m talking about our rules. I can tell every child at this school not to play with you …’ She gave it time for her words to sink into Alex’s thick skull. True. She was fairly well liked. Others regarded her as the default referee for arguments. She could see the cogs in his brain working that out. Liked by the quiet kids too because she made sure that no one sat out during a game. Fairness and the name Heather went hand in hand.

‘Awesome, Heather!’ Hector stretched a palm above his fiery curls for their ritual high five.

Warmth spread across Heather’s neck; relief, she guessed from escaping a tricky situation. She flinched as Fran slammed her tray on the table.

‘That twit annoys me,’ Fran said.

Hector swallowed a mouthful of tatties and gravy. ‘It’s only his first week.’

‘Heather’s mum’s a dinner lady too,’ Hector said, nudging back his glasses.

‘Which one?’ Fran asked.

And, as it turned out, they saw more of each other outside school; their mums struck up a friendship, and the girls struck up a companionship of their own. That’s why Fran often joked that Hector, Heather and Fran were united over roast dinner.

Heather nodded to show Hector that she remembered.

He sipped his tea until she couldn’t stomach not knowing.

‘Why aren’t you with your wife?’ she asked.