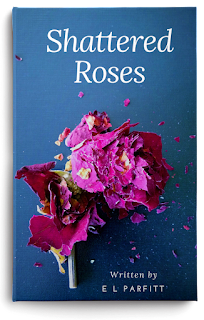 My Beauty and the Beast retelling is available here

My most recent book has been four years in the making. It was at the start of my PhD in 2012 when I moved to Warwick University that I wrote a few pages about Rose (initially the central character of the book, who later became Lady). I had the idea of playing with a fragmented story to see if it would work. Sarah Moss (my mentor’s) first comments about the story in progress was that it was too fragmented to work. I could see that something was missing. Yet, I couldn’t give up the story. Something about it made me scribble a few more lines now and then, and ponder where to go with it.

I knew I needed a third character to pull the fragments together. In this way, the story could be fragmented, but it would also create a sense of order. Megan came into being. Though I took a long time to choose her name. She originally also had a brother. Then later I decided after a discussion with my friend Heidi that there are enough stories with male characters, and from a male perspective. This was to be a story about women told by women, so Megan’s brother became a sister but with all the same traits, because why not?

I choose the name Megan because it is Welsh, derived from Margaret, therefore definitely British, and means strong and capable. I wanted a capable young female character, one not overly emotional and more into her studies than boys. A bit different from everyone her own age, a bit like I felt growing up. As we moved around a lot I felt distant from most people my own age at the time. And another definition, pearl, comes from ancient Greek, acknowledged as the root of Margaret. Pearls and other precious stones often resurface often in fairy tales, I used the image of the pearl in another book Seascape. So, it seemed a good name if a little unsuited to Megan’s mixed cultural heritage. For I also wanted two main characters who were not the usual British White stereotype, with a mum and a dad and lashings of ginger beer. [except saying that I also value stories with male characteres, such as a comedy book about young male Vikings that I now can’t remember the name of, and numerous horror novels I practically survived on during adolescence].
It took a good couple of years before I pieced together Megan’s back story. Who she was, where her family came from… and as Megan’s home life emerged I realised there was also a mystery there. I didn’t know that there was until I read The House at Riverton by Kate Morton. Then I knew how to finish the book and got to work. Doing some research along the way.
And so perhaps it is a short novel for all the effort and time spent on the story and its characters. Sometimes you see a story takes time. It also won’t let you go until the final page when the character’s stories are told. This is Megan and Lady’s story, not mine. Hopefully I have also left the reader with a little ambiguity, for part of the fun of reading is filling in the blanks oneself sometimes. The pleasure found in writing isn’t for money, isn’t to be read or to get any recognition, it stems from the compulsion to create, and as Neil Gaiman once tweeted,
“The world always seems brighter when you’ve just made something that wasn’t there before.”
Book available here.
Categories:
Tags: 2017authorbeastBeautybeauty and the beastbookDisneyfan fictionfilmnew versionParfittretellingreworkingShattered Roses

Trying to find a copy of Shattered Roses by: E.L Parfitt, can someone send me into the right direction so I can purchase this copy. Thanks.

Sorry, didn't realise the link in the post was broken. Here's the link, will also add to the post above. https://books2read.com/u/3J8WEv