Published by Emma Parfitt on 27 January 2017

Do folktales contain memory?
Does the odyssey or Iliad contain history?
What is remembered and what is forgotten? 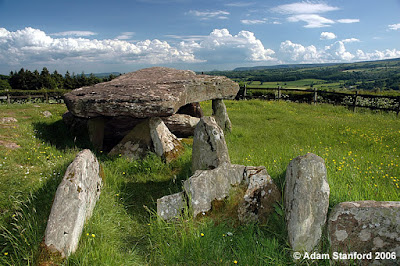 She began with a picture of Arthur’s stone, a grouping of stone described as being built by King Arthur, the place of his burial, or where one of his rivals was buried. We are after all a nation of storytellers where even the remotest stone emerging from the earth in Cornwall, becomes the bones of a long forgotten giant.
But what “truths” are present in these fragments of stories we call folklore?
Memory Langrish proposed is not just about the things our brain recites back to us but also contains a sense of who we are, our identity. Folklore then is a form of memory, and memory a form of folklore.
Subject to time and altered memory stories are accidently forgotten, purposefully suppressed, or…. considered of value and remembered.
Langrish described how through our love of stories items like a golden cape described in the BBCs 100 Objects Series can take on a life of their own and seem historical when actually they are not. 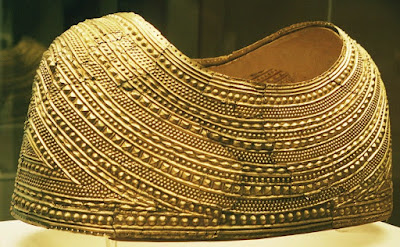 The series can be found on iTunes.

Langrish wrote on her blog,

Isn’t it possible, then, that the sight of a young man being laid to rest in his shimmering golden cape so impressed and touched the onlookers, that for nearly four thousand years if a child said, ‘Mother, who’s buried in that hill?’ the answer was: ‘A boy all dressed in gold’?

Here you can read Katherine’s blog about the cape later found to be… let’s just say elaborated by the BBC series based on the evidence at hand that was later found to be misinformed.
Conversely, folktales can also be the memories of real times and events despite being a bit changed along the way, from person to person. But which ones and how can we verify them? And here is when we have to consider who is telling the story and why. This idea is central to critical literacy, looking at stories and asking such questions, particular whose voice is missing?
And by asking whose voice is missing and why we become better researchers.
I will end with the poem Missing Voices by Andy Fowler. 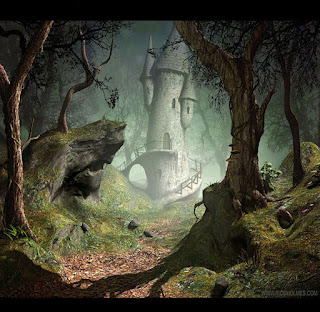 O, lonesome is the house, and dark,
Here languishing and lingering in deep thought,
past joy, past pain.

I can almost hear those
endearing voices, that I so miss.

No pain, no pain like that of the brain.
Fond phantoms linger here.

One true heart was left behind,
love beyond measure, musing their return.
Words rise out of the darkness.
But I am alone.

Is that you I hear?

No, just a tender breeze.

Endless yearning,
the pressure is crushing my heart,
to suffer the pains of solitude.
Hurry, hurry back to me.