Published by Emma Parfitt on 31 October 2013

‘life should be until you die’ 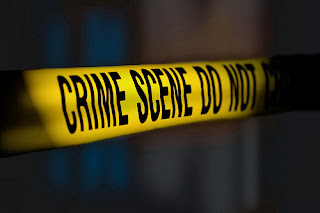 [Photo by Null Value at Flickr.com]

From an initial analysis of my focus groups young people seem to be aware of conformist and nonconformist elements in the stories—such as the compulsion to accept social “norms” and values—along with other potentially influential narratives such as media, film, television, video games, books, the internet, and education. I found it interesting that in the all-girls school Group One related the content of the stories to crime and how to treat other people. In week one whilst talking about the story MacCodram (MacIntyre 2012) the group’s conversation revolved around crime before they even reached my focus group question about conformist and nonconformist elements that they recognised in the story (lines. 82-91),
Mary  I know this is getting off the subject a bit but if you murder someone you get ten years
RES     If you murder someone you get a life sentence
Felicity           A life sentence is about twenty-five years
Paris   It’s not good enough
Felicity           A life should be until you die
Paris   You can get bailed out before then because if you’re good you’re allowed
Felicity           If your family have enough money
Paris   Yeah but and you’re let out if you’re good
Mary  You shouldn’t do it though, just do your time
Two of girls in this group, Mary and Felicity, shared in their final interviews that they want to join the police force (Parfitt 2013c). Mary’s mum is a teacher and her step-dad works in the army perhaps explaining her strong stance on crime. Felicity’s mum works in school administration. What her father does is unknown but she does say that ‘I love CSI,’ and is knowledgeable about things happening the news (Parfitt 2013a line. 132). So TV and media may be influential on her desire to join the police force (though Felicity’s first choice is to be a vet). A little while later the group’s conversation returned to crime as Felicity mentioned up the case of a homeless man that was on the news, Felicity, Heidi and Mary explain what happened to Paris (Parfitt 2013a lines. 158-176),
Paris   When? Where?
Mary  A homeless man got beat up by three teenagers
Heidi  They got dared
Mary  A twelve year old, a thirteen year old and a seventeen year old
Paris   They got dared?
Heidi  They got dared to kill a homeless man
Mary  They were dared to kill this man. They beat him up and then
Felicity Dared, saying I dare you to go kill that man
Mary  No, they beat him up first, then they walked away, and their friend makes like, I bet you couldn’t finish him off and they were like, yeah, and then they battered him to death. The twelve year old didn’t do anything. He stood and watched. But he still got something like five years, three years for it
Felicity He got six years. Yeah, my teacher told me this, the homeless man, eye socket was missing, that’s how much damage they gave to him
Paris   You what?
Mary  His eye socket was missing, that’s how badly they
Felicity           The seventeen year old who did most of the work, he only got ten years
Mary  He should have got like twenty-five, he should have got murder
Felicity           He should have got life
Note how Mary and Felicity relate all the facts of the case; it makes sense that they would take an interest when considering police work. Read the news story here: BBC News. Mary in particular as the police force is her first choice narrates what happened in order. Justice is very important to the group in a conservative way, they share a ‘do your time’ attitude that Mary expressed earlier (line. 91). 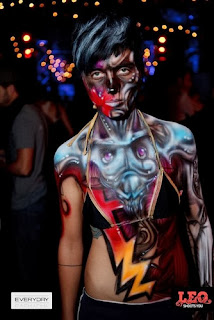 The way people treat other people is also very important to this group, as Mary summaries in week two conformative to her means things that are ‘Illegal’ or ‘common decency rules’ (Parfitt 2013b line. 128). An example would be the way the husband treated the wife in Moon Bear. They see this as nonconformative to the way a woman expects to be treated by her husband (lines. 130-141),
Mary I reckon the nonconformative was probably the way the husband treated the wife, it wasn’t very nice. I wouldn’t have put up with that
Felicity  I’d be like, get out my house now
Mary  Well he wasn’t in it in the first place
Felicity  Get out my forest
Paris   Get out my life
Heidi  What about conformative though?
Mary  I guess you could say that the wife was conformative because she
Heidi  Cared for him
Mary  Cared for, yeah
Heidi  She tried everything that she could
Felicity To get him back into the house
In relation to conformity the group also discusses appearances.

Says Heidi (Parfitt 2013a line. 254). The way they describe makeup in relation to themselves, the way they describe others, a lot of it is visual. Make-up is seen as a surface act, a mask ‘When you’ve got your makeup off you tend to look at yourself in the mirror and you don’t usually see the same person that you do with makeup, when you’ve always got a disguise on’ (Heidi 250-253).
Heidi wears a bit of make-up but doesn’t ‘plaster my face in it’ (257), Felicity wears it ‘sometimes’ (260), while Mary says ‘I only put mascara on but I’m not wearing any today’ (266). The most obvious makeup wearer is Paris who has thick mascaraed lashes and smoky eyes. She regards this make-up as being essential to who she is and feels that her eyes look ‘horrible’ when ‘I’ve got no makeup on’ (267-268).
While some of the group, like Paris, view make-up as part of their self-expression and part of their day-to-day physical identity, at the same time the students also criticise other women’s sense of identity in today’s society in terms of make-up. Mary says, ‘I turned on the telly and Single Date was on and there was this girl and she had the biggest eyebrows you’d ever seen in your entire life and I took a picture, I’m going to show you now [gets out her mobile]. Like slugs on her face.’ Felicity responds, ‘You know the Liverpool, Essex or whatever, they have proper weird eyebrows’ (220-223).
When Felicity commented ‘they think it looks good but it’s not it looks really ugly,’ I asked the group, ‘Why would they think it looks good?’ Heidi said, ‘Usually you’d tend to get people, I mean I’m not trying to sound harsh or anything but, people who end up being like that do get attention from the lads and think they’re beautiful and then they keep on doing it all the time’ (238-240). Showing that in terms of social identity appearances do matter even if on a deeper level ‘whatever’s on the outside you don’t usually see on the inside’ (Heidi, 256). This group don’t seem to feel pressure to conform to the limited media images of female beauty at this stage though understand in terms of attractiveness that they will be judged by external appearances, by young men for example. And when referring to such things they are citing TV programmes like The Only Way is Essex and Single Date with a critical eye. In this way storytelling appears to be triggering conversations about what it is currently like to be a young person for these individuals.
Important themes in terms of social identity for Group one in the all-girls school were crime and appearances. Young people were aware of conformist and nonconformist elements, discussing them in the group before the focus group question was raised.
This month I am also writing a paper for The Warwick Research Exchange Journal about how the storytelling space in combination with social interaction triggers sharing conversations. I also have a meeting to discuss some of these ideas with Jack Zipes in Cambridge.