What is an inner library?

Remen’s words touch on the idea of an ‘inner library’ which is expressed in Arthur W. Frank’s book, Letting Stories Breathe a Socio-narratology. They articulate a similar notion, that we may carry the kernel of a story with us for a long time. Until something triggers its memory and in doing so uncovers new meaning. When the right conditions prevent themselves old ideas we have carried with us but never really understood, acknowledged, or accepted, take root. Blossoming into a new series of neural networks that can forever altar the idea of who we are. Story and the human brain have grown together over a long time. In our lifetime we are always transforming in some way. And if we accept and flow with this process of change life has the potential to be all the richer.

Cultural history of the inner library

The idea of an inner library has a long cultural history. Thought the first time I came across an idea like this it was in a contemporary novel. It was in one of Stephen King’s novels, I think Dreamcatcher, please correct me if I’m wrong, where the main character remembered things by keeping them on shelves like a stationary cupboard in his brain. He could hide thoughts there too. Or that is how I recalled the idea in my mind’s eye when Frank mentioned the concept of an ‘inner library.’
Death, Memory, and Material Culture by Elizabeth Hallam and Jenny Hockey discusses the history of the concept of an inner library. Basically, in medieval times the mind was seen as a series of rooms, this became a library. Later as technology influenced the concept further, our minds were visualised as organising information like computers.
I find it fascinating how this concept has changed with surrounding cultural influences and technology. It’s a shame that our brains aren’t much like computers … Well sometimes they are: except the binary code of the brain is narrative.

The inner library and storytelling

I am largely comparing the storyteller’s use of language and the resulting emotions expressed in group discussion. Yet the concept of inner libraries is important in the storylistening process if it has a impact on emotional response. I find that the concept of an inner library is relevant to my research on storytelling. Because it has an influence on the emotions that will be triggered as individuals listen to folktales.

If you are looking for a book to read about sisterhood and the resilience of friendship check this out: 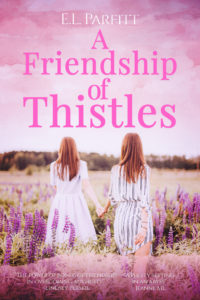 Emotional Intelligence is a word banded around a lot these days. My interest in the subject came through stories, and how we connect stories that we hear to our own emotional response. ‘We may ask Read more…

Socio-narratology: what is it? ‘People’s access to narrative resources depends on their social location: what stories are told where they live and work, which stories do they take seriously or not, and especially what stories Read more…