Writing in turbulent times (unedited thoughts of a writer) 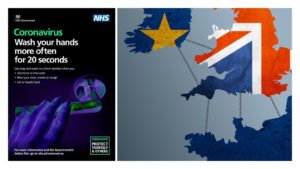 Post-Brexit, coronavirus, whatever the current political or global crisis writers keep writing. Don’t they? Not always. During 9/11 it has been noted that creativity took a nosedive… okay, I’m going to be honest here… I couldn’t find my original reference. Some years ago I read something related to something. Just kidding. I read an article related to trauma and it discussed that when 9/11 happened writer productivity/submissions to publishers fell. Apparently everyone was too shocked to write. As that would require some semblance of normalcy. Please tell me if you find this article back as I would love to reread it. Anyhow, now my thinking has changed. A lot has also happened in my life since 9/11, my student days, when I worked part-time as a cleaner to pay my way through university. Not to mention, the fallout from 9/11 such as increased airport security and the hoops we now must jump through. Sigh. On a more optimistic slant, I have discovered living in the UK during these Post-Brexit and coronavirus times that uncertainty isn’t stifling my writing. It’s fuelling it.

This is because my current writing project (a novel: working title Fran) is based in the here and now. I had intended it to relate to the current political climate a year ago. What I did not expect was a virus to emerge from Wuhan, China. Awkward. I had plotted out the challenges my characters would face in their nice insulated normal world only to have it blow up in my face. So, here I had a choice. Since, throwing the whole thing out, after already making multiple changes and deleting 15,000 words for one character that just didn’t fit the direction I wanted to take my novel in I started to rewrite. Without revealing too much, here are two changes I needed to make:
Fran got a new part-time job… um, well, she’s unable to go to work now. So I had to move some fragments for this around.
People in Fran’s circle were going to offer to look after her children. Now self-isolation makes that impossible
Suddenly, smaller details of the world I had created also had to shift. Conversations with neighbours and work colleges, became queuing for one’s shopping with a two-metre distance rule.
I have to tell you; I am enjoying the process.
This is a chance for me, living through these changes to take a snapshot of what is going on for future generations. Possibly inspired by La Terre by Émile Zola while written in a modern style. I won’t go into excruciating detail about supporting characters, for instance. Well, not too many of them.

For example, isn’t it strange that it’s becoming normalised to end messages with ‘stay safe’?

So the book I intended to write will, I think, I hope, end up being completely different, yet better, by the end of this strange process called writing. That gives me hope. Hope that life will return to “normal”, hope that the book will be published, and hope that I will write something that speaks about current times and the way unprivileged people in society are living through turbulent political times.
Categories: Creative writing
Tags: CoronavirusPost-Brexittimestroubledturbulentwriting