How to punctuate ‘therefore’ or ‘however’

The words therefore and however have similarities. The same rules also apply for words such as moreover and furthermore.

You’ve come to the right place for writing help! Reach me here for help with any writing projects.

The start of a sentence

The most frequent use is at the start of a sentence. As in the examples below, place a comma after therefore, although modern writers tend to drop this comma it is indicative of a pause so I’d suggest keeping it.

Therefore, this paper draws on empirical audience research to address …

Therefore, they cannot work with Andrea, so she has to look …

WARNING! Elements of Style by William Strunk, disagrees with starting sentences with the word ‘however’. Mainly, because at the start of the sentence the word ‘however’ means ‘in whatever way’ or ‘to whatever extent’ (Garner and Chicago punctuation usage may disagree, which is why it’sgood to pick a grammar style and stick with it).

However, we at last succeeded in reaching camp.

The example sentence above could be rewritten as: In whatever way, we at last succeeded in reaching camp. Still, if you want to use ‘however’ in its other sense (meaning yet/nevertheless) either move the word in the sentence or replace it with another word.

The middle of a sentence

The next frequent use is in the middle of a sentence. For instance, to introduce a separate sentence that expresses a complete thought (in other words two independent clauses). Usually done by using a semi-colon (;) and followed by a comma.

…Scott’s use of humour is apparent in the mainstream media; therefore, Frye’s five stages seem to encapsulate several aspects of…

It is also possible (largely in fiction) to use a comma in place of the semi-colon, this treats therefore like a conjunction (a sentence connection). Or to use it in the middle of a sentence instead of ‘for example’ or ‘for instance’: 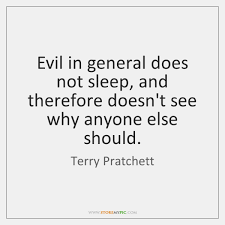 Therefore also appears in the middle of a sentence for emphasis separated from the rest of the text by commas.

Love, however, is very materially assisted by a warm and active imagination.

However can also be written like this, but usually with a semi-colon as it is an adverb and should, technically, join two independent sentences. But one reason I would say it is okay to use commas with ‘however’ is, first, when the word interrupts the flow of the sentence, creating a pause and an emphasis which allows the writer to say, “I’m about to give an example of an exception” (or similar). And, second, the second quote above was from Nicholas Nickleby by Charles Dickens. Can Dickens be wrong? Probably, but if it worked for him…

Bear these three possibilities in mind when writing and your writing will be clearer and more precise:

Reach me here for help with any writing projects. 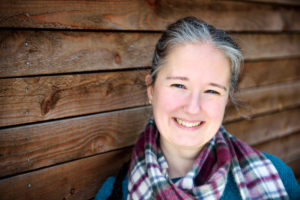 […] (oh and check out this article on ‘therefore grammar’), I realised that my time spent as an MA creative writer, working in the business world and […]