Published by Emma Parfitt on 3 October 2014

In September I was invited to Minneapolis by Professor Jack Zipes to participate in the work of Neighborhood Bridges. This involved presenting my research to staff, teachers and teaching artists of Neighborhood Bridges, meeting with academics, and going into a number of different schools to see the project in action.
A brief overview of Bridges 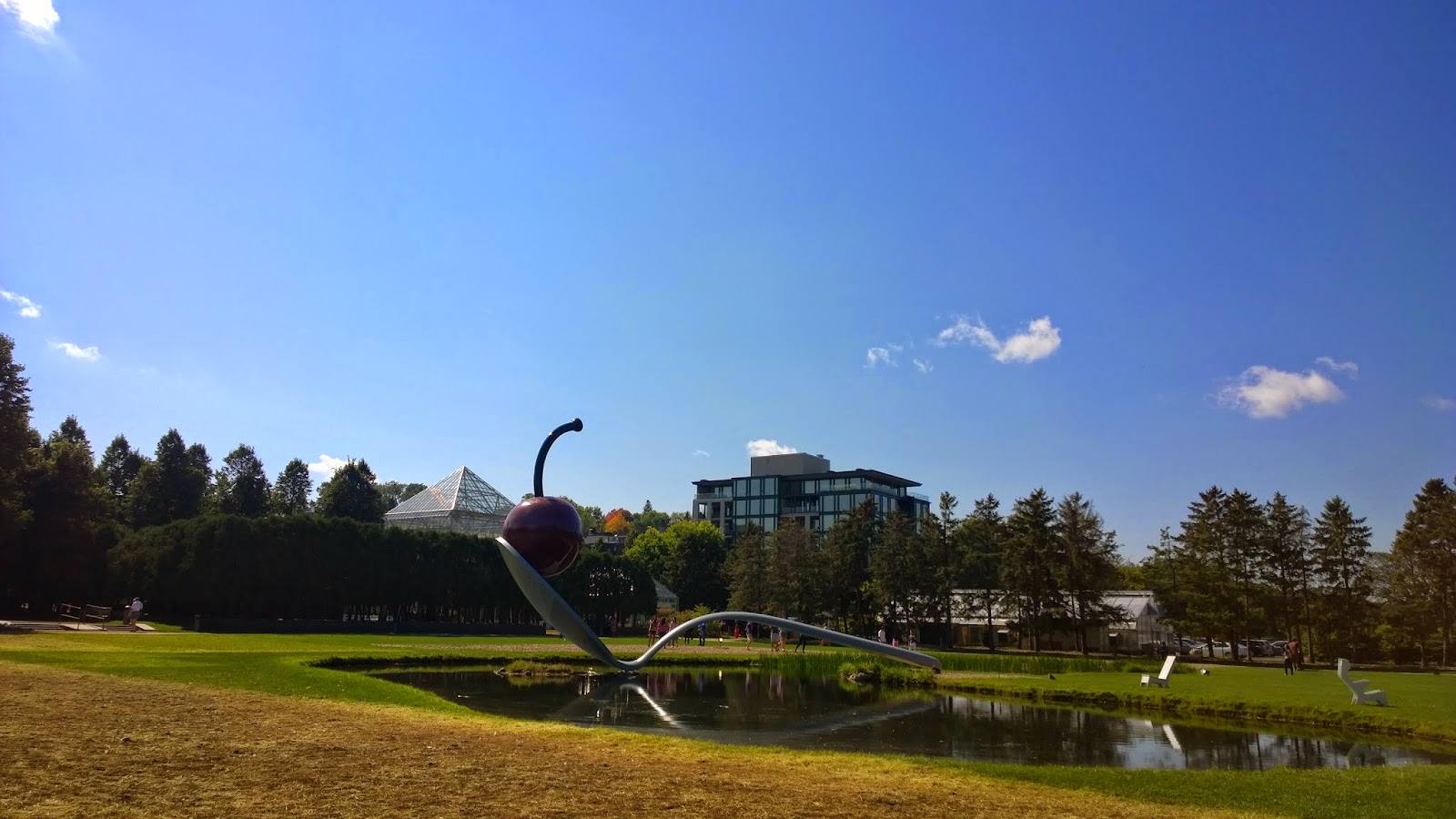 Bridges is recognised by the US Department for Education as a national model for arts education. Highly trained teaching artists take storytelling and drama into schools and work with the teacher and their classroom from autumn to spring. The breadth of the work is impressive as Bridges works with almost forty teaching artists and teachers in schools across Minneapolis. I assisted four teaching artists in the class room during their first sessions. The teaching artist works with the teacher and a classroom of approximately twenty to thirty young people within primary and secondary schools. Throughout the year the classroom works on encouraging the students’ individual and group storytelling and drama skills, including creativity and the ability to question story from their own experiences. The year cumulates with storytelling performances created by the students at the Children’s Theatre Company which is an opportunity to see performances from other schools and meet other classrooms on the program. Dr Deborah Ingram at the University of Minnesota, and others, assess the program to ensure critical literacy targets are met.
Presenting storytelling research at Warwick

After introducing myself to roughtly forty teachers and teaching artists on September tenth Maria Asp at Bridges kindly arranged a two hour slot on the fifteenth. This was an opportunity to hear the perspectives of various teaching artists, teachers and Bridges staff. My research aims to investigate if oral storytelling, within a school context, can be used to understand and/or assist the transitions of young people of 12-14 years into adult roles. To answer this question a total of thirty focus groups were conducted across three schools over five weeks using an innovative storytelling method called the storytelling space because it creates an area within a school separate from conventional goal-focused education.

After presenting an outline of this work I asked how storytelling research might support the work currently done in education. A number of themes arose during this discussion.
The social aspects of storytelling
Bridges Program Director and Teaching Artist Maria Asp reflected, ‘To me it just seems right on that the social trigger is where the learning happens. That’s because everything that we know about true critical pedagogy is that learning is relational, that when they’re in a space where they’re knowledge is valued, and their experiences, if it’s family or whatever, is seen as valuable sources, as opposed to another author or something, that’s where kids, that’s where they show their greatest compassion and understanding for each other.’
Education
The group discussed how current assessed education stifles potential and creative thinking. Maria Asp said ‘Making space for non-scripted teaching is an argument that I think storytelling could support’ for example in terms of information retention. Storytelling in education over text-based work led has in the group’s opinion led to an astounding recollection of details from Bridges’ storytelling games from the start of the year. Narratives are remembered, they see this in action working with the classrooms. Sandy Agustin, Teaching Artist, points out education is ‘about asking questions it’s not about right or wrong. It’s what do you think?’
Bridges teaching artists described the way in which storytelling breaks barriers so teachers see pupils differently and vice versa. They have seen how the program improves class relationships, and how the teachers learn and enhance their own skills over the year and beyond. Engaging the teachers engages the students.
The role of the storyteller
The group I presented to were surprised, and shocked!, when the storyteller was asked to leave the room during the research focus groups (the storyteller’s role being to deliver the story then leave the group to their discussion). The purpose of this, due to lack of time to train the storytellers in the research method, was to avoid adult-led discussion. This technique avoided leading the storyteller to perform in a particular way to enhance the research goals which I felt would be interference. Although by being present and conducting the research this has an effect. Tessa Flynn, Community Engagement Manager and Teaching Artist, said ‘It’s interesting too, that it’s just the kids. Just taping what they are talking about’.
Professor Jack Zipes said, ‘you’ve got to talk to the storyteller. They’re going to emphasise certain things. All teaching artists in bridges go in with the intention to animate students, to think about particular problems. The way they tell their stories will emphasise certain things.’
This I saw in action whilst assisting Bridges in different schools across Minneapolis. The teaching artists told the same introductory story of Minnie and St Paul; a folk tale about the founding of the Twin Cities (Minneapolis and St Paul). However the relationship between the two characters, Minnie and Paul was retold in many different ways. Jay Scoggin for example emphasised Minnie’s gratefulness to Paul for building a bridge to return her cows to her that had wandered onto his land. In Katy McEwen’s version Paul gave Minnie back her cows, which allowed Katy to ask the classroom what else Paul could do to say sorry. A student suggested that Paul could offer Minnie another cow and Katy wove the idea into the story. Aaron Radatz’s version of Paul captured his love of pranks so that Paul purposefully hid the cows in his barn as a joke as he cleverly drew the students into the story. And Tess Flynn had her classroom feeling comfortable enough to be acting out the character of Minnie, copying her actions of Minnie’s cranky personality whilst telling the story.
Storytelling is relational, and in education research the relationships between storyteller and teacher has time to evolve into a richer learning experience. In the Bridges program the storyteller facilitates discussion of the story by placing questions in the students like ‘who has the power in this story?’.
Differences between US and UK research
I was able to obtain school approval to record the audio of student’s conversations. Shannon McManimon who did her PhD on Bridges wasn’t allowed to record and had to take notes by hand. This creates an obstacle to research. Though she noted, as I did, most of the time the students forgot that they were being recorded. And that a researcher by being present is an interfering presence. Shannon’s PhD was based about a story she narrated: ‘who told the story was no longer important because they had taken ownership of that story’.
I was stuck with how to end this blog because there is much more that came out of the discussions.  However it is most fitting to end with a question from a Bridges member of staff.
Rachel Austin Bernstein, East Metro/Early Bridges Manager
‘These students were doing this means nothing against all the standardised test scores. Yet this is serious educational research. That’s a different research language than analysing test scores. How can we compare the two different kinds of research?‘
With many thanks to Professor Jack Zipes, to everyone involved with Neighborhood Bridges Project for being so welcoming, and the Sociology Department at Warwick for their support
Categories:
Tags: Children's Theatre CompanyDeborah IngramEmma ParfittJack ZipesJay ScogginMinneapolisNeighbourhood Bridgesstorytelling research